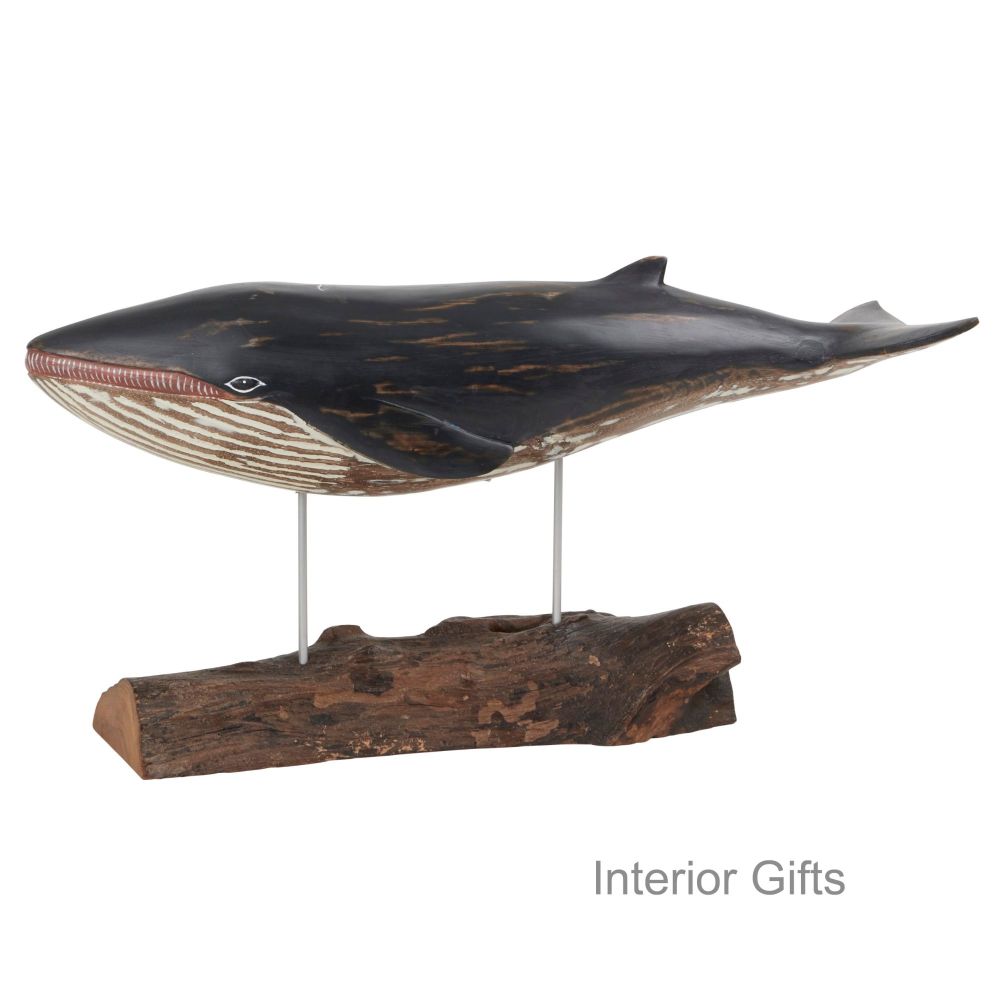 The beautiful Minke Whale in the large size, a fabulous new design from Archipelago, perfectly displayed on its own rustic wooden base to create a dynamic sculpture. D410.

Here is some information about the Minke Whale:

The smallest member of the rorqual family, the geogeous minke shale is one of the species most severely affected by the whaling industry.

Although it’s not unusual for several individuals to be found in close proximity to each other on feeding grounds, such as the Gulf of Maine or west coast of Scotland, minke whales are content in their own company and tend to be quite solitary. Relatively fast swimmers, they are not ones for showmanship and keep their acrobatic skills largely to themselves, only occasionally breaching and spyhopping.

FREE DELIVERY ON ORDERS OVER £50

International Delivery Available on most of our range