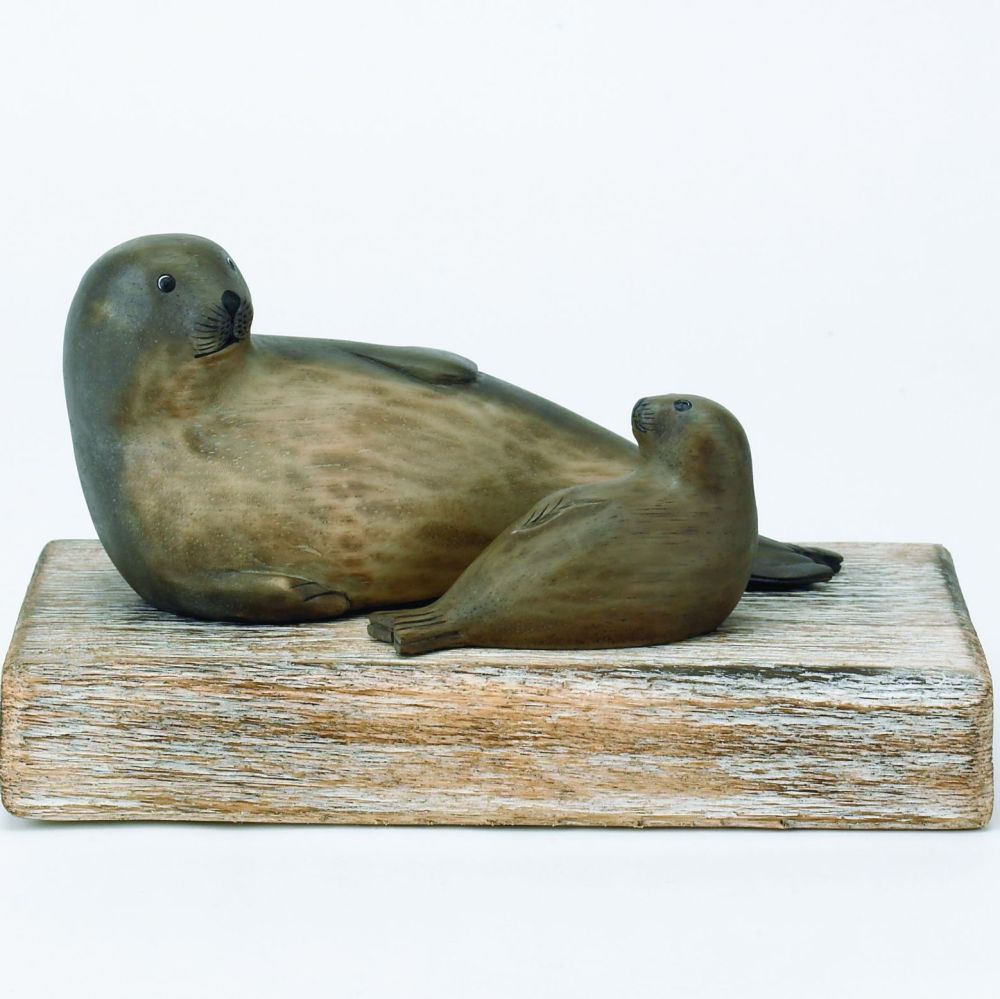 A beautiful new carving of a Mother Seal or Cow with her pup on an aged wooden block, the Archipelago Seal Block Sculpture D319

Here is some information about the Seal:

Seals, also known as Pinnipeds can be found on every continent on Earth, though most species occur in cold-water environments. Thick layers of fat, also known as blubber, keep the animals warm, in addition to dense fur.

While there are many differences among the species, all seals have feet shaped like fins. In fact, the word pinniped means "fin-footed" in Latin. Those fin-shaped feet make them supreme swimmers, and all pinnipeds are considered semi-aquatic marine mammals. This means they must spend some part of their lives on land or sea ice, usually during the mating and birthing seasons.

FREE DELIVERY ON ORDERS OVER £50

International Delivery Available on most of our range